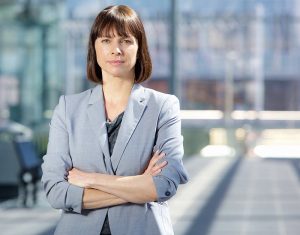 Since our business and company is primarily intended to help for introverted and ambiverted people in communication problems, in delivering presentations and in public speaking, let’s first look at what the term ‘introverted’ means  and how we are categorized as ’introverted’. (We are focusing on the ’ambiverted’ personality in a separate article. We call someone ambiverted when introverted and extroverted personality traits can be found at a

What does the introverted personality mean indeed?

The introverted personality type can best be described if we look at it as a personality trait. Introverted and extroverted people are generally considered to be personalities with opposite behaviors, but in fact the majority of people are located between the two poles and we all have already experienced one or the other of ourselves.

Various estimates can be read about the percentage of total population that are introverted. This rate ranges from 23% to 42%, but higher figures can also be met. This means that they represent a significant proportion of the population.

Does an introverted person have social anxiety, maybe a phobia?

No. It is important to note that the introverted type not necessarily has social phobia, in other words who is so retarded that he/she always avoids social contact. This is perhaps the most widespread belief we have to dispose of. CLICK HERE for further explanation.

Who is introverted then?

Most importantly, the one

Not all introverted people are avoiding social events: some of them are explicitly enjoying such events, however they are not considered to be extroverted.

How do I know whether I’m introverted?

For example, if you feel you need time spending alone after having a bigger social gathering, party or event, or you feel like ‘replenishing’ the company and charging your batteries;

Does this mean that me, as an introvert do not like people?

No, this does not mean that you do not like people as an introvert. On the contrary, you evaluate them and enjoy the time spending with them, but this is limited to a narrow group or a few close friends. The extroverted individuals have a wide circle of acquaintances, lots of friends, but they are less likely to choose prudently.

If I’m introverted, am I shy or inhibited?

This is not exactly what this is about. The shy and inhibited personalities are always tending to avoid social occasions, sometimes they even are afraid of these. While the introverted simply do not fill up when they are involved in such events since they prefer smaller company. You can enjoy yourself as an introvert in a small group where you can be together with people close to you.

We cannot declare that we one hundred percent belong to one or the other group, since we are all somewhere between the two ends of the scale. None of the groups are ‘better’ than the other and it’s perfectly okay if you think you belong to the introverted group, as you have a number of beneficial traits and characteristics that the outside world values and appreciates in you.